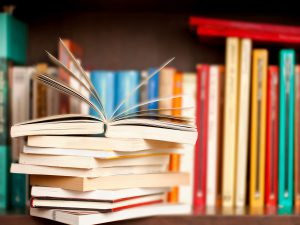 FUNCTIONAL STYLE OF THE INDUSTRIAL ADVERTISEMENTS

which would have occupied a many volume edition. So, the topic of our research will be focused on the crucial moments of the development of the Russian Press advertising process fulfilled for the purposes of comparison.
Peter the Great and his newspaper ‘Gazette’ which initially was having a many-lined heading, (it was a characteristic for the European medieval printing matters) made a good start for the advertising development in Russia. Sometimes the newspaper was published in the form of the leaflet having a subheading ‘relation, or communique’.
On the contrary, the newspaper was not busy with the large-scale advertisement publishing on a regular basis. It was a governmental edition and its relations with the private advertisers had not been developed. But the appearance of some advertisements could be mentioned. Some authors try to find similarities of the ‘Gazette’ with the first French governmental newspaper published by TheofastRenodo; it contained advertisements about the treatment of numerous diseases in the Mineral Waters, as well as the publication of the Bible in many volumes. Mineral waters in the ‘Gazette’ of Peter the Great are also popularized.
Below follow the advertisement in the newspaper dated by 1719 year No 2, in which a new spa is convincingly recommended to visit: ‘’ The waters mentioned are capable to cure different severe illnesses,
i.e. scurvy, morbid depression, jaundice, stomach problems, voting, gall-stones, gall-bladders’’ (Old Russian language). Visits of the high-rank officials to the spa, Tsarina PrascoviyaFedorovna and Alexander Menshikov, tsar’s favorite,provided for its prestige. Along with the newspaper announcements we can trace that the leaflets, advertising the same spa facilitiesappeared.
There are examples that sometimes the ‘Gazette’ published the lists of the newly published books. For example one can find a ‘List of civil books, published by the order of His Majesty in the Amsterdam spelling in the period up to June, 1, 1710 year’. Newspaper was dated on the 31st of May, 1710. In bibliographic data, classified into 15 divisions we may come across such an advertisement as ‘Rules how to write letters to different officials, military architecture and military science, seize of a fortress Troy history, Geography or short description of the earth, calendars’’. So, we may distinguish this time as a period of the bibliographic advertisement appearance. Very soon catalogues appeared as specialized types of the advertisements. For example, more than 80 copies of the catalogue ‘Greek manuals collection of the synod’ were published in November 1723in the Moscow Publishing House.
Lately, the ‘Gazette’ was followed by a new paper ‘Saint Peters bough Gazette’, which was published by the Academy of Sciences. In contrast to the first paper it was published on a regular basis: it was a weekly edition in the first year of publishing, and then it was issued twice a week. Book lists are also of top priority in the advertisement chapter. Commercial advertisements appear in a new paper along with the government advertisements, which were usual for the previous newspaper as well.
Commercial advertisements mainly were filled the ‘news’ pages and were placed under the columns ‘sail’, ‘contracts’, ‘departing persons’ and so on. Capital salesmen and craftsmen, home and foreign entrepreneurs found a means of advertising for the goods and products in the newspaper. Editorial staff was willingly meeting their interests, because they were pursuing their own ends. Circulation of the newspaper was not very good, only 500-600 copies and it sale did not cover the costs of the Academy for publishing one copy cost for only 4 kopecks. The advertisements were constantly increasing in number, and soon a separate supplement was developed and published, as a severe necessity.
By the end of the 18th century the advertisement department was equal to the main information part of the newspaper. As A.P. Kiselev mentions ‘’the advertisements appeared to be if not the only, then the major part of the economic and cultural life information’. It was not just a bare listing of the official registers and reports, but a live reflection of time with all its contradictions and paradoxes.
For example, Russian economy dynamic development and strengthening was accompanied by the severe serfdom violence. It is confirmed by the supplement No 13 to the ‘Saint Petersburg Gazette’ dated 1770: ‘the salted cucumbers of the best quality are sold along with the high respected coachman and his wife’, and another advertisement: ‘Those willing to buy the house-serf young girl, aged 13 can make inquiries in the Semenovsky regiment in the Officer’s line’. Such kind of the advertisement had been usual for the ‘Saint Petersburg Gazette’ till the beginning of the next century [3,297].
The first issue of the Gazette, dated 1801, was attached by the following announcement: Vologod province board declares the sale of the house-serf men – 3 in number, women – 3 in number, Nikita Vasilyev, 70 years old for 10 roubles, his wife Avdotya, 50 years old for 5 roubles, Gregory Ignatyev, aged 70 years for 3 roubles, his wife Avdotya, aged 60 years for 3 roubles, Gregory Maximov, aged 40 years for

30 roubles, his wife Avdotya, aged 30 years for 20 roubles. Those willing to buy are to arrive to the board at the period fixed’. People were supposed to be sold along with the salted cucumbers.
We may conclude following the same newspaper, that the advertisements in the ‘Saint Petersburg Gazette’ had been differentiated and initiated the advertisements reflecting the economic life development: various bankruptcy announcements, bills payment penalty by creditors, and compulsory sale of the estates, very often to cover the losses caused by the public property plundering. Private, every- day information also filled the pages of the newspaper: ‘Worn lady’s head cap is sold, decorated with the wide gold galloon and fringe; a camp-bed, arm-chairs with a sliding bed, and a very comfortable travel carriage. One can make some enquiries on his way to the Horse Guards, in a brick house adjacent to the Tavrichesky Garden, he should ask the people living above the cellar’.
‘The Moscow Gazette’ under the aegis of the Moscow University was first publishedin 1756. Its structure and material placement were just like in the ‘Saint Petersburg Gazette’. The same can be said about the advertisements. A famous enlightener N. Novikov activity influenced the changes in content and decoration of that newspaper, who rented the Moscow University printing house and edited the ‘The Moscow Gazette’ in the period since 1779 till 1789. His principal innovation was a detailed reference section – a heading ‘About Russian Books’.
On a regular basis it included the advertisements of the University printing house editions; it also mentioned the new books which were sold in the University Book Shop. In his special ‘Announcement’ the publisher advised his readers that besides information about new books ‘some idea of the book will be always presented to make it easier for the readers to appreciate advantages of the book.
Inhis first satirical magazine ’Drone’ N. Novikov was parodying the advertising fashion initiated by the ‘Saint Petersburg Gazette’. He tried to make play with the traditional headings such as ‘Contracts’, ‘Sales’, ‘Sightseeing’, ‘Books’, ‘Departing Persons’. He wrote: ‘An old coquette is going to hire twelve young, handsome, and sufficient noblemen to fill the vacant positions of her sweethearts; volunteers are to come to the place mentioned where they will be exposed to the employer’. And further ‘Ten pood of justice are needed in a court department; those who‘d like to provide this service are to arrive there’ the satirist advised under the heading: ‘Sales’: ‘A newly appointed governor of province is leaving for a new place of appointment, not to be overloaded with his personal belongings he is selling his conscience, those who’d like to buy it may find him in this town’.
The parody texts are presented, mainly to demonstrate the process of the deep penetration of the advertisement genre in the Russian culture of the eighteenth century. The satirists have been trying to make fun the most popular and wide spread phenomena of their epochs. We cannot doubt the popularity of the advertisement genre at that epoch. The best reporters of that time didn’t consider it disgraceful to comment advertisements. For example, N. Karamzin in the second issue of the ‘Europe Herald’, 1982, was very much surprised with the advertisement placed in one of the capital’s publications. In his review, titled ‘Strangeness’ he wrote: ‘A French tutor announced the opening day of a boarding school for Russian noblemen not far from Paris, and he offered to teach them ‘everything necessary’, Russian language included. Karamzin’s patriotic feelings were hurt: ‘I live in isolation and I don’t know how other people evaluated this advertisement. It seems to me more funny than disappointing: for I ‘m sure our noblemen will not be prone to take advantage of the benevolent offer of Mr. MM’s.
We may state that ‘Moscow Magazine’ and ‘Europe Herald’ belonging toKaramzin’s publications didn’t pay any attention to the advertisements. Book references, short annotations, and detailed critical evaluations were an exception. Information of the new published books was placed in every Russian magazine; it was typical for the second half of the eighteenth century. ‘Monthly compositions for the use and enjoyment of the service people’ initiated the process. Later they were accompanied by the detailed advisements of the current theatrical performances and other sights. There we can state the first attempts to found the specialized magazines: ‘Saint Petersburg Research Gazette’ (1977), and ‘Russian Theatre’ (1786).
However, specialized journalism development was typical for the next of the nineteenth century. The tendency was anticipated by the edition of the I. Krilov’s and A. Klushin’s magazine ‘Saint Petersburg Mercury’. The father – founders were the future fable writer and the man of letters. In addressing the readers it was said: ‘Why shouldn’t we inform the audience of the new works in Russian literature? Why shouldn’t we tell the audience about the theatre? We possess this right and we’d like to use it’. The last remark is poly semantic. It explains the fact why the great majority of the Russian periodicals was limited with publication of only advertisements in the cultural life and very seldom addressed commercial, stock