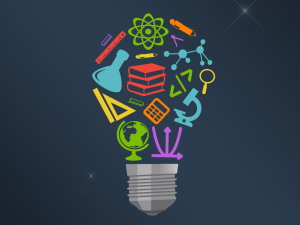 THE CONCEPT OF MULTILINGUALISM

INTRODUTION
Multilingualism and diversity is regarded as an intrinsic part of European Union. Nowadays there are a number of learners residing with various cultures and languages experiencing different school systems. While growing up in such a shifting multilingual and multicultural society people may represent themselves not only with one language and culture but they are able to be adjust to any situation with a plenty of languages. Therefore, in such a changeable social contexts multilingualism is considered as the way of life but not a big poser that needs a solution [1].
Multilingualism began to become an essential trial for a great number of national educational systems which lead to the diversification in the nations. As a result of it there are a flood of learners with different language and cultural backgrounds and it leads to the requirement for them to communicate in multitudinous languages because their native languages are not applicable in the schools they study [1]. That is why Blommaert (2010) argues that expanding mobility are changing the learners’ cultural and language approach in the school system in Europe.
It is apparent that multilingual education is not a reality in most of the European countries but in some of them like Luxembourg and Switzerland multilingual education had started many decades ago. But there are a number of challenges in the field of multilingual education system in Europe and beyond. It is significant to indicate that there are several European Union countries such as The Netherlands, Spain, Switzerland, Luxembourg and etc that are striving to develop multilingualism and multilingual education in their education systems and accordingly there are following vital reasons for its implementation:
 Cultural migration;
 Political and economic motivations;
 Moving for professional reasons including multi-national couples;  Historical heritage, geographically concentrated [1].
One of the basic reasons of why European Union is officially promoting multilingualism is the more nations launch multilingual setting in education, the more mobility among various countries is promoted. The challenging issue is to adapt to such a complex settings providing high quality education and at the same time to meet the learners’ necessities and equipoising political, cultural and social exigencies (Ibid).
As for the case in Kazakhstan related to the multilingualism and multilingual education settings is a bit different. For example, in Kazakhstan the introduction of multilingual education aims at holistic development of the country.
“Kazakhstan must be regarded as a high-educated country all over the world, the population of which speaks three languages: Kazakh as a state language, Russian as a language of international communication and English as a language of successful integration into global economics” (N.A. Nazarbayev in the Address to the Kazakhstani people “New Kazakhstan in new world”, 2007).
Kazakhstan is attempting to be a developed country and enter the list of thirty developed countries in the world (Course towards the future: modernization of Kazakhstan’s identity, 2017). The importance of implementing and developing multilingualism and multilingual education in Kazakhstan lies on acquiring knowledge of three languages Kazakh, Russian and English starting to be taught from primary school up to higher education. The competence of three languages would hopefully offer young people more opportunities to proceed their study abroad, to have access to a larger labor market, and to bring foreign investments and work assignments in the country. Learning languages contribute to the development of critical thinking and enlarging other cognitive and communication skills. To train competitive and competent people, as well as human capital through languages is the main priority for generating innovation and modernization in all spheres of life that supports the advancement of knowledge-based society [2].
The significance of multilingualism in Kazakhstan is taking its height due to the “State Program of Education Development for 2011-2020” developed by the Ministry of Education and Science the importance of learning three languages including Kazakh as state, Russian as language of international communication and English as the language of integration to global economy are highly emphasized [3]. It indicates that Kazakhstani people should acquire all three abovementioned languages. Now on the basis of a multilingual education project “Trinity of Languages” it is being integrated and developed in the context of Kazakhstani higher education institutions. This is the most significant Kazakhstani language policy that requires the possession of three languages.

MAIN PART
The widespread usage of more than two languages was driving the researchers discover the concept of multilingualism. In accordance with UNESCO, the concept of «multilingual education» denotes the usage and implementation in education at least three languages: native, regional, national and international [4].
There are several terms used in this research field (“polylingualism”, “bilingualism”,
“multilingualism”, “multilingual education”, “polylingual education”, “bilingual”, “multilingual”) which will be analyzed and differentiated in this study.
Both concepts of bilingualism and multilingualism are very complex and widely used multidimensionally. A number of researchers who argue on the needs of clarifying the distinction between bilingualism and multilingualism as opposed to using bilinguals as “a blanket term entailing multilinguals as one variation” (Aronin & Hufeisen, 2009, Cenoz & Genesee 1998; De Angelis, 2007). In this case the dilemma is that the definitions on bilingualism are also contradictory to each other. For instance Grosjean (2010) argues that bilinguals are “those people who need and use two or more languages (or dialects) in their everyday lives”. However at the same time another example can be seen in the work of Valdes and Figueroa (1994) they indentify it “as an individual who possesses more than one language competence”. The term bilingual “is used to refer to one type of multilanguage user who uses two languages, whereas multilingual refers to
users of more than two languages such as trilingual, quadrilinguals, and so forth” [5].
Multitude of researchers are being interested in the field of exploring multilingualism (Weinreich, 1953 & Vildomec, 1963, Kemp, 2009) but mostly they focused on the context of sociolinguistic studies and other researches are dedicated to the psycholinguistic studies [6]. Notwithstanding the broad dimensions of multilingualism this term has been researching and analyzing in educational perspectives which allows us to know that this term is considered to be of utmost importance in building comprehensive interests that has been analyzed for few past decades with different methodologies [7].
The term of multilingualism sometimes betokens extended view of earlier research on bilingualism and second language acquisition [8]. Hence, a multilingual is delineated as an individual who masters more than two languages in a native level of proficiency [9]. Whereas Cenoz and Genesee (1998) highlight the importance of economic and social matter a large number of people possess two and more languages in their routine [10]. But in accordance with SavilleTroike (2006) they argue that the researchers do not emphasize the proficiency level of languages of those people who we can consider as multilinguals [11]. The goal of multilingual competence should not be acquired as native-like skills in speaking in other languages but learners’ language proficiency should be based on their necessities and intentions [12].
The Table 1 is outlining that there are various approaches towards the concept of “multilingualism”. These definitions are classified from different perspectives taking into consideration the authors’ research field and what they focus on.

Terms in use Definitions given by the author(s) Author(s)
Multilinguali sm “the capacity of societies, institutions, groups and individuals to engage on a regular basis in space and time with more than one language in everyday life”. Aronin and
Britta (2009)
Polylingual education “a purposeful, organized, normalized triune process of training, education and development of an individual as a polylanguage personality on the basis of simultaneous acquisition of several languages as a «fragment» of the socially significant experience of the mankind embodied in the language knowledge and abilities, language and speech activity as well as in the emotional and valuable relation to languages and cultures” Zhetpisbayeva (2009)
Multilingual education- bilingual education “any school program in which more than one language is used in the curriculum to teach non-language academic subject matter or in Bialystok
(2016)

which the language of schooling does not match the language of the home or community. The reasons for in-corporating the languages, the specific languages chosen, the structure of the program, and the relation between the school languages and the community, vary widely and influence educational outcomes”.
sm Multilinguali “usage of two or more languages referred to the individuals or to societies” being able to speak in a plenty of various contexts. Biseth (2009)
Multilingual “the ability to use three or more languages, either separately or in various degrees of code mixing. Different languages are used for different purposes, competence in each varying according to such factors as register, occupation, and education”. McArthur (1992)